The 2018 Convention will be held on Friday, November 2, 2018.
After a three day voting period in the schools, each district sends two representatives to the Mock Election Convention at Legislative Hall. These delegates read the vote totals for their district. The statewide results are revealed at the conclusion of the convention. Coordinators will submit Delegate designation forms to the Office of the State Election Commissioner prior to the Convention. 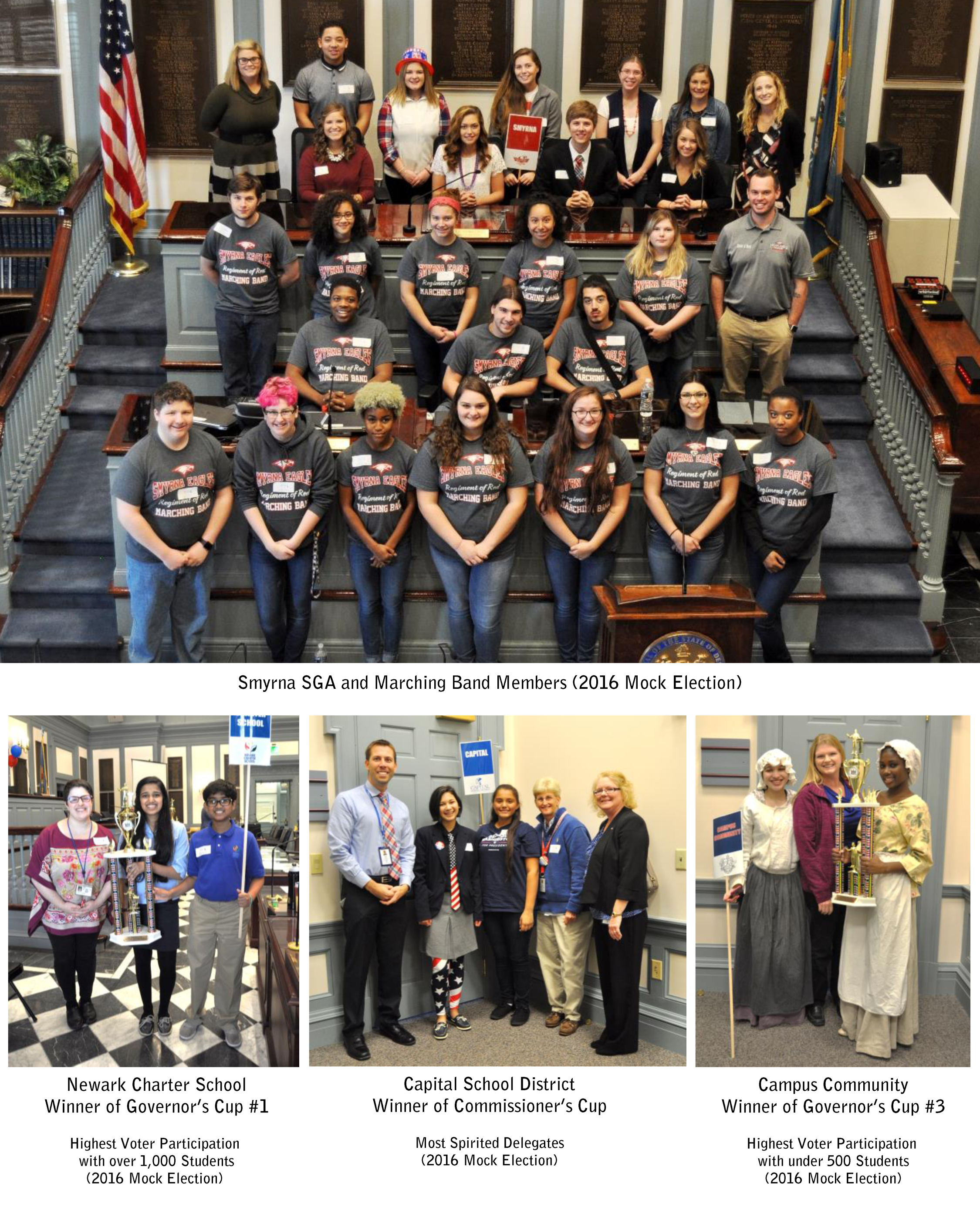